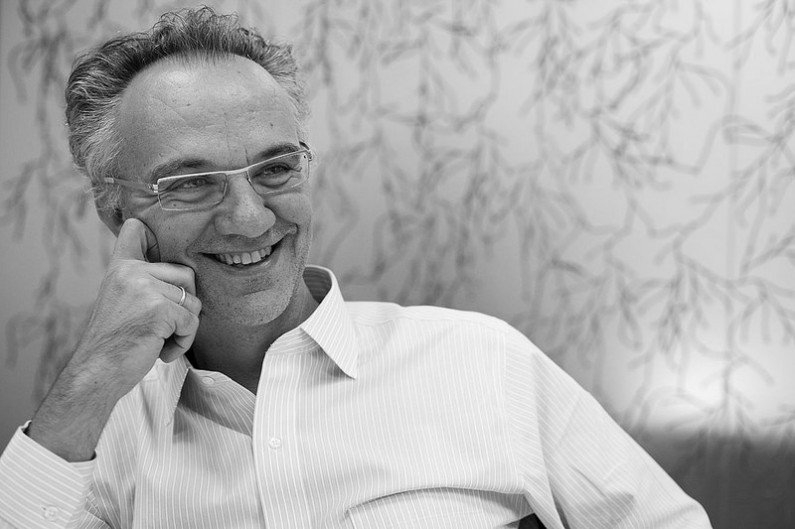 [To see an Spanish version of this page, please visit Julio Alonso]

He has led the growth of Weblogs SL since it’s inception in 2005 with the objective to position it as the leading specialized digital media company in Spanish. Weblogs SL creates, grows and manages specialized digital publications, written by a 250+ strong editorial team made up of knowledgeable and passionate experts. Currently it maintains 30+ digital publications in Spanish, followed avidly by over 62 million monthly unique users (Google Analytics data). Some of it’s most salient publications include Xataka, Motorpasión, Trendencias, Directo al Paladar and Bebés y más

He dedicated 10 years of his professional career to management consulting. He was a consultant at Value Partners in Milan and Sao Paulo (1994-1997), a Partner at DiamondCluster International (now part of Oliver Wyman, 1997-2002) and a cofounder and Managing Director at Intélica Venture Management (now a part of Roland Berger, 2002-2004).

In late 2003 he started to write his personal blog, Merodeando. He writes, much less often than he would like, about internet, digital media, online advertising, web analytics, digital evolution (the migration of industries from analog-based business models to digital-based ones) and digital activism. He writes much more often about the same topics on Twitter: @julioalonso.

In September 2009 he was on the cover of El País Semanal on an article about The Overlords of Internet in Spain. During six years (2009-2014), until it stopped publishing it, El Mundo included him on it’s Top 25 Most Influential People on Internet in Spain.

He holds a Law Degree form the Universidad Autónoma de Madrid (1991) and an MBA from the Rotterdam School of Management, of The Netherlands (1994). He spent a semester as an Erasmus student at the University of Amsterdam and another semester during his MBA at the Ivey School of Business of the University of Western Ontario, Canada. In 2016 he took part of the International Digital Business Seminar organized by ISDI at Harvard.

Other than Spain, he has lived and worked in the United States, Italy, Brasil, The Netherlands, Canada, France, United Kingdom, Belgium, Germany, Denmark and India. He fluently speaks Spanish, English, Italian, Portuguese and French.

As a kid he played chess competitively. On his spare time he still enjoys board games (lately Terraforming Mars and Churchill) and strategy and resource management videogames (Civilization VI, Xcom 2 and Offworld Trading Company).

He is 49 years old, is married and has two daughters. They live in Madrid, Spain. He loves to walk to work.